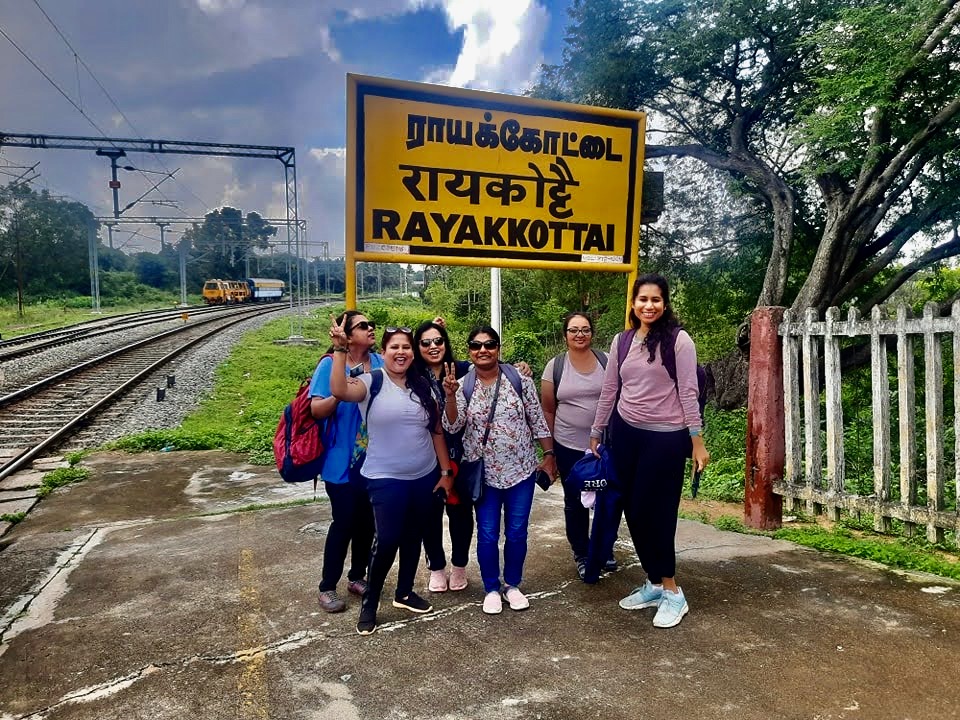 On the Rocks: Trek to Rayakottai near Bangalore

Rayakottai – I hadn’t even heard about this place. Yet, something pulled me towards it as soon I received a message that said, “Hey, would you like to come on a trek with us?”

Honestly, I always had a slight fear. I did climb mountains earlier but they were easy, and I wouldn’t label it a trek. The weather in Bangalore was cold and rainy that weekend, and here I was looking forward to traveling and meeting folks I didn’t know in a new location.

Rayakottai is not too far from Bangalore, and if you want to manage it on a budget, do consider the option of Indian railways. I hopped on to the Metro to meet a vibrant bunch of women – all from diverse backgrounds with stories to share. We boarded a train at Baiyapannahalli railway station (Iraikal Express) and the tickets belonged to the unreserved category. I do not recollect the time taken as we had so much fun but we did reach around 9:30 a.m. to Rayakottai. The train journey was noisy as we all had a lot of conversations to do. A man kept glaring at us due to our constant talk! I peered out of the window to see green fields slip by, dotted with happy yellow flowers, eager to reach the sunlight.

When I first embarked, I noticed a sleepy railway station and I heard a lot of noise among the trees. It sounded like a lot of chatting going on! It’s then I realized it was nothing but a large number of bats all hanging upside down in the trees nearby. They sure do love to converse! I realized how we cannot hear all these sounds in the city as we are so busy and obsessed with ourselves. We walked a small lane towards a breakfast joint to gobble up dosas and head towards Rayakottai.

I could see the peak from a distance. The village seemed sleepy and we reached the starting point in a couple of minutes. When our group head, Lakshmi (Founder at VSakkhi Group, Bangalore) pointed out the peak to me, I exclaimed, “That high? No way!” I surprised myself later on with my own resilience though!

The initial steps seemed stony and easy. As we went higher, I could feel my fear creeping back. The steps made their way to rocky pathways strewn with bushes all around. The noise faded away to reveal silence apart from the occasional sounds of exhaustion by us!

The skies were partly cloudy and looked magnificent as we climbed higher. I noticed the occasional butterflies, and of course, worms clinging to the walls of the rocks. We also had two dogs jump into the trek enthusiastically and they seemed eager to accompany us till we reached the top. A third one joined us midway.

At one point, the foliage got thicker so it’s advisable to wear long pants and sturdy boots to avoid being scratched by the thorns. The rocks were challenging in some areas so appropriate shoes are a must. The foliage gave way to a small clearing at one point where you can sit and look at the breathtaking landscape. It was here I felt that I could go no further. The sun was out peeping from the clouds and I felt my energy drain. However, Lakshmi urged us to slowly attempt the climb again. I agreed.

We reached a clearing that had massive-sized rocks. They seemed impressive, almost dominating us to show we are all minuscule in this Universe. The strength of their structure was almost slightly intimidating for me. I was amazed to see how they were placed – as if an artist planned this design to make it appear stunning! It seemed strategic – art created right for us. The entire area was designed to be captured on camera so we took a break.

We then visited another area that had crumbling walls left of a structure that might have had a story to tell. What could have happened here? Who could have lived here? These thoughts were running through my mind as my group member, Rajatha snapped a photo of me.

As we reached the summit, I felt exhausted but driven by the urge to complete the trek. Here, I was, doing something that was not within my comfort zone. The sun was shining bright now and it may have been around noon. The dogs continued their journey with us and flopped down next to me. They knew we would take a rest at the top.

The highest point of Rayakottai was breathtaking. There were two structures on top that offered a glimpse of the untold history. I wondered what goods were stored here. My thoughts were racing to think about people who lived here in the olden days and how things could have been managed. A villager had climbed the mountain with ease so I realized it was pretty common for them to ascend and descend as they needed to take their goats for grazing.

We also visited another lonely structure while descending. This looked like a storage place in the olden days. The walls were dark and the place looked gloomy. The pathway had thick foliage. As we continued to descend after resting for an hour, I heard a loud sneeze in the silence. I exclaimed knowing that there was no one else there apart from us. It turned out to be a goat blinking back at me from beneath a rock and mocking us for the goat knew who ruled the rocks!

The entire experience was wonderful. It tested our strength, determination, and willingness to work together as a supporting group. The breathtaking views, beautiful creatures in different forms, the clouds that kept changing their patterns, and the stillness of the place all calmed my senses. Here I was, away from the noise and pollution, looking at a tiny village that seemed like little dots from the view above. Not a soul around, no one but us. There were no deadlines to chase, nobody to please. It was just me and the moment.
We reached the base by 3:00 p.m. and bid goodbye to the kind dogs. We enjoyed a meal at the same breakfast joint. I was tired and hungry and we felt energized after the meal. We soon picked up our backpacks and headed toward the railway station. Our exhaustion did not dim our urge to converse – we chirped all the way back while waiting for the train. I knew one thing – we met as strangers and left as friends. We reached Baiyapannahalli by 9:30 p.m.

This trek was organized by Lakshmi from the VSakkhi Group for women. Lakshmi is an avid trekker and biker who leads many such outings for women. She made me realize my own potential by helping me overcome my mental limitations. Thank you, Lakshmi!

Carry your own water (2 liters)

Carry snacks but do not litter

Get appropriate shoes that make it easier to climb rocks

Start as early as you can

Most importantly – leave your emotional baggage behind

Fun facts: Rayakottai fort was built by King Krishna Deverayar. It was captured by Hyder Ali and Tipu Sultan in the 18th century and later on by Major Gowdie. The fort then went to the British as per the treaty of Srirangapatna. Rayakottai is a town in Denkanikottai, Tamil Nadu.

Please do not repost photographs without permission.

Indian Fashion Blogger with a Focus on Women Empowerment and Mental Health.   View all posts by Kashmira Lad 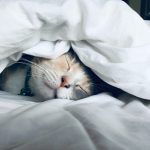 Previous Post Why Doing Less is Underrated in a Busy Culture